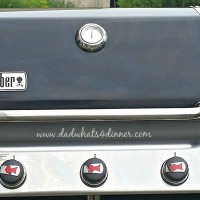 This weekend is the unofficial start of Summer. As I sit here at my desk it is a balmy 42°F outside. I know our community plans to open the pool on Friday. I think my swim trunks will stay in the closet. Trust me that is good news for everyone.

Many people have cookouts planned for this weekend. My Cornbread Salad recipe is a great easy dish to bring to your cookout or potluck. It is amazing how well the cornbread mixes in with this layered salad. People might look at you funny when you tell them the name but not after tasting it. Add jalapeno if you would like it a little more spicy.

END_OF_DOCUMENT_TOKEN_TO_BE_REPLACED

Over the past few weeks I have been experimenting with a crab salad recipe using imitation crab meat. I usually made this on Friday because typically that is my day off from cooking and crab salad really isn’t cooking.

I really wasn’t planning on blogging the recipe but the family loved it, especially when I added hard-boiled eggs to the recipe. My family loves egg salad and the combination of the two tasted awesome.

I was trying to decide on what I was going to post for my Easter menu when I realized this new crab/egg salad recipe would make a great filling for deviled eggs. My family loves deviled eggs but we usually only have them on holidays.

I try to lighten the recipe using low-fat mayo. You can use real crab if you want, but the imitation crab works fine for this type of dish and is definitely more economical.

Great as salad if you do not want to stuff the eggs. Serve over lettuce or with crackers.

I hope you enjoy and have a Happy Easter!!

Get all of my new recipes by signing up for email updates at www.dadwhats4dinner.com

END_OF_DOCUMENT_TOKEN_TO_BE_REPLACED 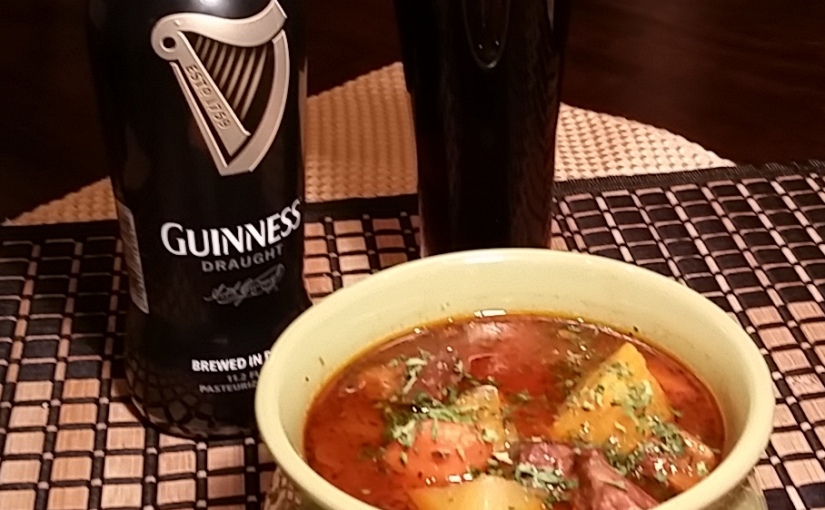 In honor of St Patrick’s Day and the fact that winter seems to finally be leaving, I made my version of Irish or Guinness Stew. This is a traditional stew except for the addition of sweet potatoes. It is a subtle change, adds a little sweetness to the dish and a few more vitamins. If you want to serve this on St Patrick’s Day you could use the crock pot version at the end of this blog.

END_OF_DOCUMENT_TOKEN_TO_BE_REPLACED 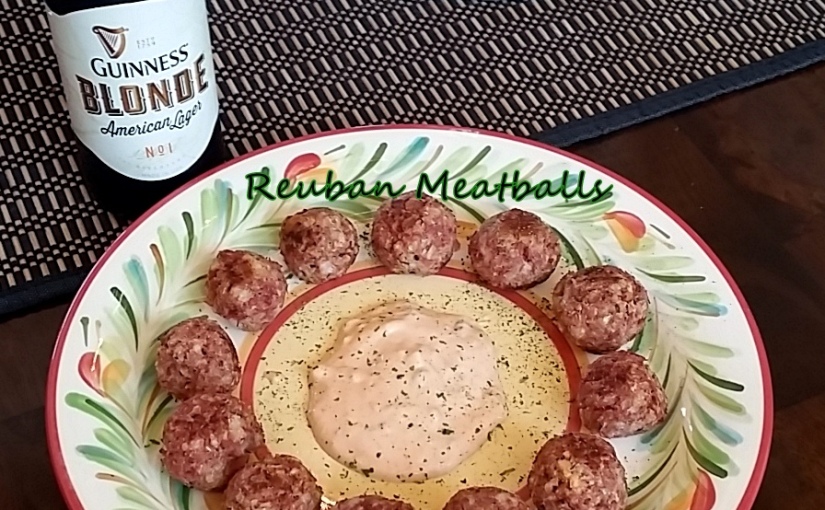 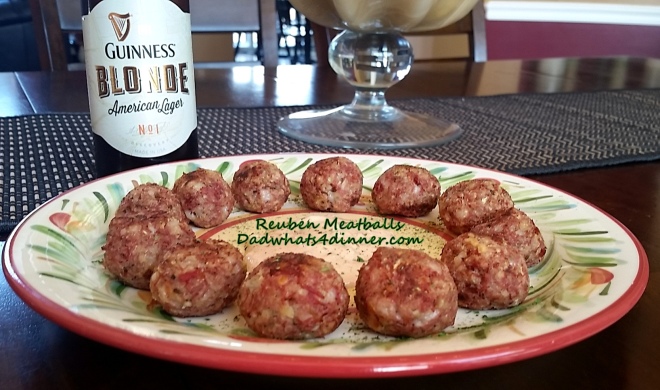 I came up with a twist on traditional corned beef and cabbage last week while trying to sleep. My wife was not too happy when I woke her, up after she just fell asleep, to tell her about it.  I have to learn to type my thoughts into my Ipad in these waking moments.  Luckily she loved the final product.

I tried this dish out with our card group. I typically use this event to try out new recipes. This new appetizer didn’t last past the first 30 minutes. I will take this as a good sign.

I have made this recipe many times and cooked the meatballs two different ways: baked and sautéed. Both worked equally well, but I prefer baking them in mini muffins pans or on a cookie sheet lined with parchment paper. Turn after 10 minutes to give meatballs a crispy coating, with less fat.  You can saute for extra crispness if you would like.

END_OF_DOCUMENT_TOKEN_TO_BE_REPLACED 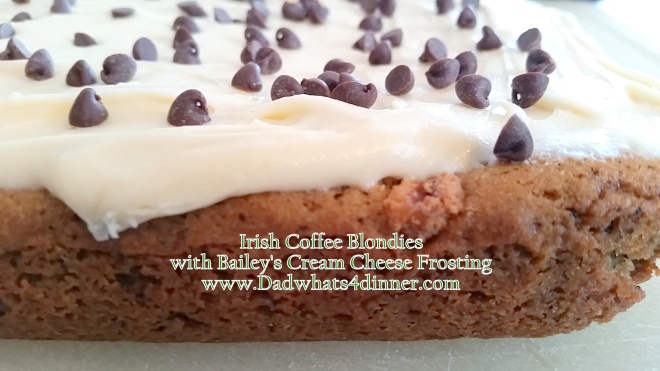 These bars are Awesome!!! Coffee, Vanilla and Baileys. These blondies are very rich, topped with Bailey’s cream cheese frosting. They would go great with a strong cup of coffee. Great finish after you have your Guinness Irish stew. Very unique, very rich in flavor!  I adapted this recipe from Martha Stewart magazine. This is a very thick and dense bar. If you want a thinner, crunchier bar, make them in a larger baking dish (11*13).. just reduce the cooking time to 18 – 25 minutes.

END_OF_DOCUMENT_TOKEN_TO_BE_REPLACED

Today is National Chili Day. I love to make chili. I have been perfecting my Texas Meat gravy competition chili recipe for years: click for here for the recipe. Quinn’s Texas Chili “Meat Gravy”

I am amazed how many different chili recipes are on the web. Texas Style no beans, with beans, white chili with ground turkey or chicken and types stews which are chili in name only.

I live near Cincinnati where chili means something totally different from the rest of the country.

END_OF_DOCUMENT_TOKEN_TO_BE_REPLACED

National Tortilla Chip Day is celebrated on February 24, 2015. A tortilla chip is a snack food made from corn tortillas, which are cut into wedges and then fried. Alternatively they may be discs pressed out of corn masa then fried or baked. Corn tortillas are made of corn, vegetable oil, salt and water.

Tortilla chips are the quintessential and often complimentary appetizer in Tex-Mex and Mexican restaurants in the U.S. and elsewhere. Although first mass-produced in Los Angeles in the late 1940s, tortilla chips were always considered to be a Mexican food, known as tostados. Though usually made of yellow corn, they can also be made of white, blue, or red corn. Some manufacturers include many other ingredients including wheat, sugar, and MSG.

The triangle-shaped tortilla chip was popularized by Rebecca Webb Carranza as a way to make use of misshapen tortillas rejected from the automated tortilla manufacturing machine that she and her husband used at their Mexican delicatessen and tortilla factory in southwest Los Angeles. Carranza found that the discarded tortillas, cut into triangles and fried, were a popular snack. (With material from: Wikipedia and cutecalendar.com)

Follow me at dadwhats4dinner.com and check out my Mexican Black Bean Dip that would go great with tortilla chips. Fast and simple!!!

In honor of New Orleans, Mardi Gras and french influence’s on their local cuisine, I wanted to share my recipe for Beef Daube Cajun Style.

I made this dish yesterday to have for dinner tonight. It is better if served the next day but can be served immediately. I also made fresh Quick Ciabatta Bread which goes great with this hardy dish. It is very cold and snowy today and a warm hearty dish will hit the spot.

I spiced up the traditional Beef Daube by adding Cajun blackened seasoning. I use all natural Cajun’s Choice brand. This adds just enough kick to add a New Orleans flare.

END_OF_DOCUMENT_TOKEN_TO_BE_REPLACED

Married on this day:

February 14, 1974, The Captain and Tennille were married.

Married on this day:

February 14, 1974, The Captain and Tennille were married.